Ecologists use the term “biome” to describe the collection of plants and animals that live in a particular environment. Thus there are various terrestrial and aquatic biomes (temperate grasslands, or tropical coral reefs, for example) that are characterized by similar climatic conditions and collections of organisms.
When microbiome is used in this sense, it refers to the ecosystem made up of microbes within and on the human body — that is, the collection of microbes that live in the human ”habitat.”

The human body contains trillions of microbes, including bacteria, fungi and viruses.
The community of microbes living in intimate association with our bodies, and the genes they contain, make up the human microbiome.

Even though your gut microbiota seems far from other body parts,
these helpful microbes make signaling molecules called neurotransmitters that affect brain development and behavior.

Wherever the human body is exposed to the outside world, there is a microbial community.
Microbes live on the entire surface of our skin, and the linings of our nasal passages, lungs,
digestive systems and urogenital tracts.

A human body is actually only about 25% human cells,
with many thousands of species of bacteria and other microbes.

The gut microbiome acts as a highly effective bioreactor.
Our gut microbes not only extract energy and nutrients from the food we eat,
but they also make essential molecules and vitamins that we cannot make for ourselves.

Our bodies contain 37 trillion human cells – but 100 trillion bacterial cells!
That’s 100,000,000,000,000 microbes!
This may sound scary, but not all microbes make us sick. In fact, the vast majority of microbes living in and on our bodies play a role in many fundamental life processes:
digestion / development / protection from pathogens

Where does our Microbiome come from?

BIRTH: We get our microbiome mostly from other humans. A newborn gets its microbes from: – its mother’s birth canal – skin of its mother and other caregivers

BREAST MILK: For over millions of years, breast milk has been an important source of: – nutrients for babies and their microbes – diverse microbes to populate the gut of babies – vitamins and antibodies

ENVIRONMENT: For the rest of the baby’s life, it will continuously encounter new microbes from: – soil and water – people, pets, plants – new and diverse foods

To maintain a healthy body, it is important to keep a balance between beneficial bacteria and harmful bacteria in the intestine. While majority of the symbiotic microorganism in our bodies is bacteria, it is important to note that virus, archaea and fungi also exist. 95% of them are found in the digestive system and the rest are distributed in the respiratory system, reproductive organs, oral cavity and skin. Microbiome is gaining public attention as research has shown various correlation between symbiotic microorganism and human health and disease. 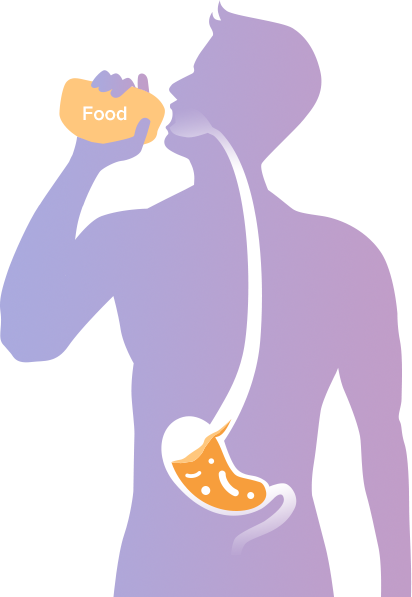 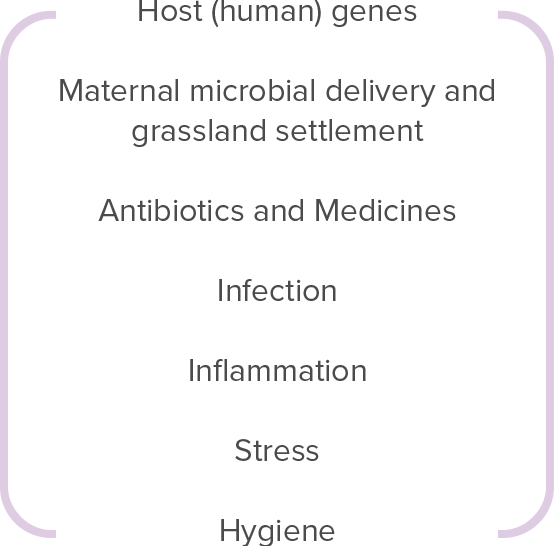 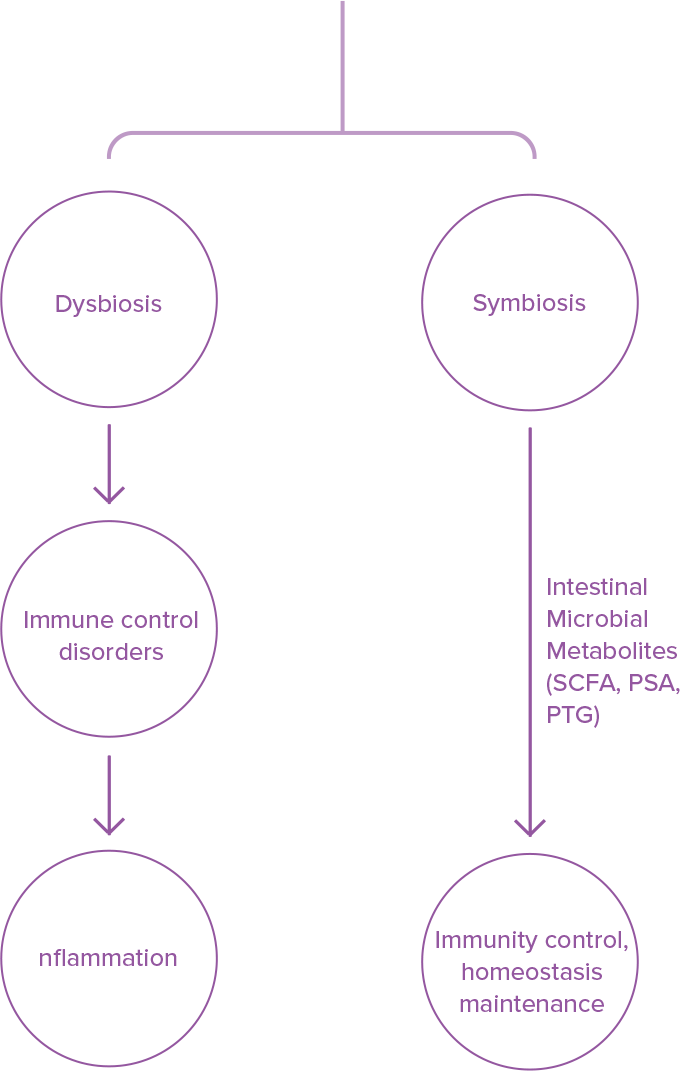 How big is the microbiome?

Where is the microbiome located, and what is it doing?

What is the relationship between the microbiome, health, and disease?

How can I take care of my microbial partners?

More recent estimates suggest that the human body actually is made up of about 37 trillion human cells. Thus at any given time, the average human body is carrying around 3 times more bacterial cells than human ones. But the microbiome includes more than just bacteria. Remember that it also includes plenty of viruses, fungi, archaea, and single-celled eukaryotes.

There is general agreement that viruses outnumber bacterial cells, maybe by as much as 5 to 1. There are thought to be about 10-fold fewer fungal cells than bacteria. All of these numbers are estimates and because the microbiome is a dynamic community, the numbers may change under different circumstances.

However, by whatever measure, the microbiome is big!

The microbiome is also diverse — a normal microbiome includes around a thousand different species.
Scientists now estimate that there are at least a million species of bacteria in the world and there may be many more.

Out of that vast diversity, only a tiny fraction is adapted to live in and on people. So while the human microbiome includes many hundreds of species of bacteria, these represent only a small subset of all of the different kinds of microbes on Earth.

The human genome — the full set of genetic blueprints that each baby inherits from its parents — includes about 20,000 genes. The collective genomes of all the bacteria, fungi and viruses in one person’s microbiome are thought to include as many as 8,000,000 genes. Thus for every human gene, there are up to 300 non-human genes. If you think of each gene as a set of instructions to produce a protein that can do a particular task, this means that the microbiome provides each of us with an enormous reservoir of genetic capability that does not have to be encoded by the human genome itself.

Wherever the human body is exposed to the outside world, there is a microbial community. That means that the entire surface of the skin, and the linings of the nasal passages, lungs, digestive and urogenital tracts are all home to microbial communities. 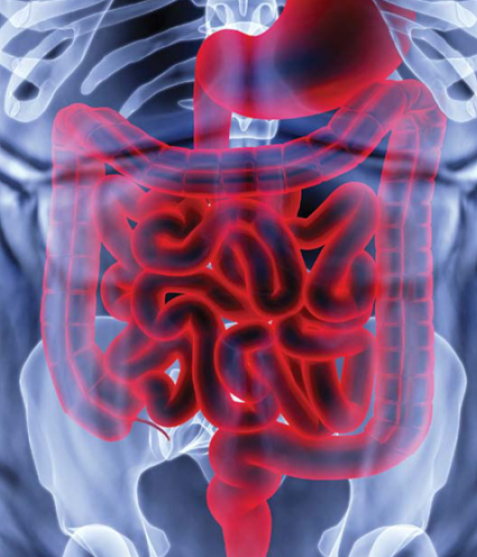 The gut microbiome is also important because of the many chemical reactions that can be carried out by microbes. Compounds that humans cannot digest on their own can be broken down by microbes. Evolutionarily, these microbial capabilities allowed humans to benefit from a wider variety of foodstuffs.

The gut microbiome has complex effects on human metabolism and changes in its composition have been linked to a number of diseases including inflammatory bowel disease, autoimmune disorders, and even diabetes and obesity. In most cases, the associations between the microbiome and these diseases are just that — associations. Many specific mechanisms have been demonstrated in animal models, but it is not yet known which are most important in humans. What is certain is that the microbes of the gut are extremely metabolically active in their own right and many of the chemical compounds they secrete — known as metabolites — pass through the gut wall into the bloodstream and circulate throughout the body. There are intriguing indications that the gut microbiome may affect sleep patterns, mood, and other behaviors.

Again, the science is still young, but it is clear that the microbiome has many systemic effects.

Any suggestion that complex conditions like diabetes or obesity can be explained simply by the composition of the microbiome is likely to be misleading. There have been many studies that show a correlation between certain mixtures of microbes and certain disease states, but evidence that any particular microbial community actually causes a particular disease is still limited.

What is clear, however, is that the microbiome is probably an important factor in many diseases, a factor that has been neglected in the past. A better understanding of the microbiome will deepen our perception of human health and likely contribute to new kinds of treatments and more effective ways to deploy traditional treatments.

Some diseases may be the result of disturbance of the microbial “community” that makes up the microbiome. In this case, the symptoms are not caused by a particular microbe, but by altered proportions of various normal constituents or altered behaviors of the normal constituents under conditions of stress. For example, the discomfort that many people experience after taking broad-spectrum antibiotics is the result of a disturbance of the normal microbial community in the gut that leads to gastrointestinal inflammation and diarrhea.

The gut microbiome is not the only one with a role in disease and health; the microbiomes of the mouth, skin, vagina, lungs, and stomach are also altered in various disease states. The microbes in these body sites are not simply passive bystanders but are playing active roles in the dynamic balance between health and disease. In the majority of cases, the underlying mechanisms by which the microbiome affects health have not yet been determined, but highly suggestive correlations have been found. Research on model organisms, especially mice, is ongoing in an attempt to better understand exactly what is going on. 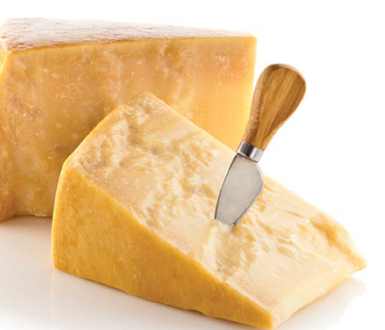 We also know for certain that your diet can affect your microbiome in two ways.

First, just as we say that a pregnant woman is eating for two, it is absolutely true that you are eating for yourself and trillions of microbes. The foods you consume are also feeding your microbes. Some foods encourage the growth of microbes that are associated with good health — these foods contain certain compounds, like specific carbohydrates, that “feed” desirable microbes. The compounds are called “prebiotics.” Thus, one of the ways that a diet rich in fiber, fruits, and vegetables contributes to good health is that it also encourages a healthy microbiome.

Second, consuming microbes can change your GI microbiota. Fermented foods like yogurt, cheese, and sauerkraut actually contain microbes that are similar to those found in your GI tract. There are also supplements that are made up solely of microbes, called “probiotics.”

As scientists and physicians learn more about the microbiome, the activities of pre- and probiotics will be better understood and it will be possible to apply more rigorous standards. Then it will be possible to give the public better guidance on how best to care for their microbiomes. Study of the human microbiome is a rapidly advancing field of science with new and exciting discoveries emerging constantly. You can be sure that you’ll be hearing more and more about the essential microbial partners that make up your microbiome.

Any cookies that may not be particularly necessary for the website to function and is used specifically to collect user personal data via analytics, ads, other embedded contents are termed as non-necessary cookies. It is mandatory to procure user consent prior to running these cookies on your website.